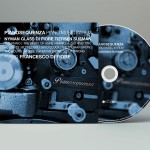 Visual Piano is a shape-shifting project where piano music and visuals meet and interact.
It is a captivating and enjoyable journey inside contemporary music, including Francesco Di Fiore’s original music along with pieces by American Philip Glass, David Lang, John Cage and William Susman, British Michael Nyman and Neil Campbell, Dutch Douwe Eisenga, Italian Matteo Sommacal, Japanese Ryuichi Sakamoto.
A distinctive trait of this project is to blend these contemporary compositions with baroque music by Baldassarre Galuppi, François Couperin, Alessandro Scarlatti, Domenico Scarlatti and others. 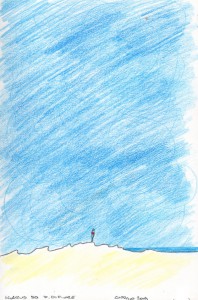 Miniature 2011 is a collection of compositions for solo piano and piano four-hands composed each week and shared (score and mp3) on my website. The project is a kind of music diary influenced by daily life. The project started on January 1st 2011 and ended on December 31st, never missing a single appointment to compose each week, every Saturday, for a total of 53 piano pieces and 207 minutes of music.
Artist Giorgio Gristina joined the project creating 53 “figured transcriptions”, one for each composition and composer Douwe Eisenga processed the audio clips of all individual compositions.

Visioni is a multimedia project for acoustic piano, electronics and video by italian pianist and composer Francesco Di Fiore.
Visioni is a single work in eight very different yet subtly related movements. Each movement is linked like the chapters of a book to tell the story of human evolution from the early origins of mankind to thehuman race’s final inevitable self-destruction.
It is an ideal “life cycle” narrated with music through the eight pieces. In live performance this music is combined with images created by the video artist Valeria Di Matteo.

Male’ is a composition for piano and electronics, which is divided into 5 segments, three main blocks inspired by the literary works of the Trilogie Noir by Léo Malet and two shorter ‘transizioni’, two interludes that aim to separate the three pillars of the entire work. The music tries to evoke the atmosphere, flavor, vitality, fatigue, all maletian feelings of the ‘black trilogy’, with the turbulence and the calm atmosphere by Malet on which is impossible not to feel affection. The music of Francesco di Fiore is performed live on piano by Valeria Di Matteo and Francesco Di Fiore on electronics with the use of computers and keyboards.

Created for Palermo based FOLKALAB Collective, HGW is a multimedia music project based on classic novels by science fiction author H.G. Wells.
HGW combines composed structures and sequenced electronics with a strong focus on improvised instrumental performance – alongside these musical elements are visuals, recorded speech/sound and narration. The work is structured in a series of movements corresponding to Herbert George Wells’ novels:

The ensemble for the piece varies from performance to performance in terms of instrumentation and musicians.

In this performance Francesco Di Fiore is leading (in alphabetical order):