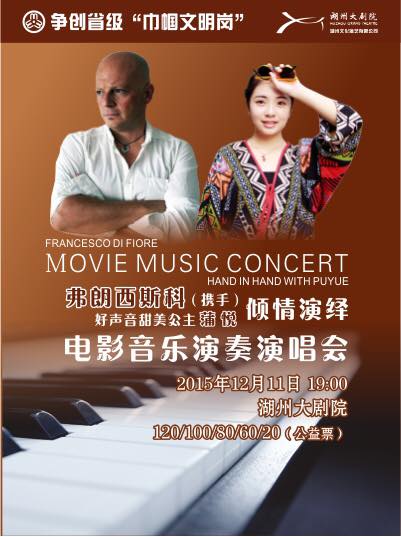 Pianosequenza is on tour in China from late November until January 2016 with music by Michael Nyman, Francesco Di Fiore, Nino Rota, Philip Glass, William Susman, Marco Betta and Yann Tiersen. Of course with the stunning visuals by Valeria Di Matteo. Also on December 11, at the Grand Theatre in Huzhou singer Pu Yue will join the project together with Francesco performing songs from soundtracks.