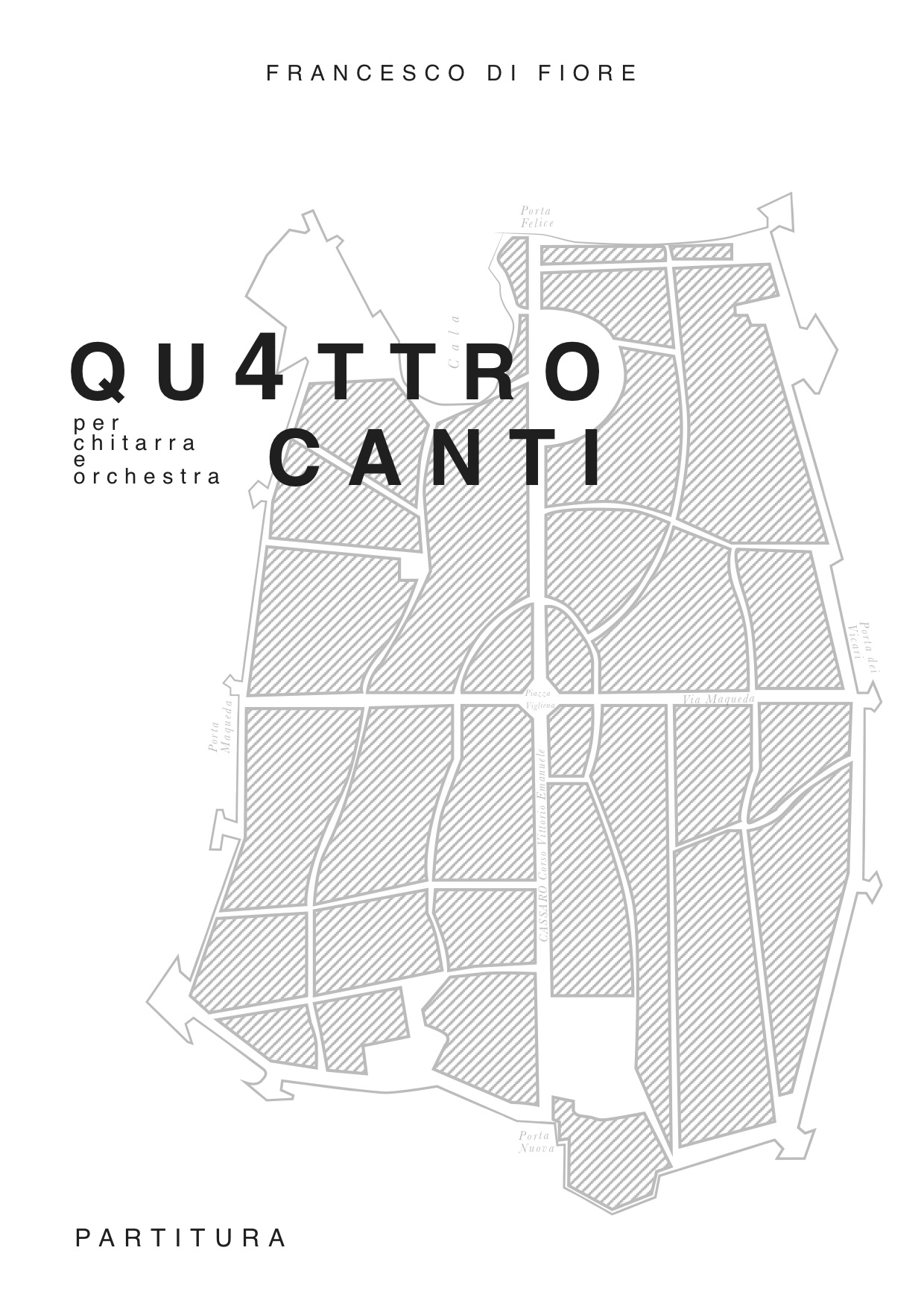 QUATTRO CANTI (Four Songs) for guitar and orchestra, dedicated to guitarist Lapo Vannucci, will be premiered next June 2 in Vidin, Bulgaria. Lapo Vannucci (guitar) with the Vidin Symphony Orchestra directed by Robert Gutter.

Quattro Canti, as the title suggests, is a guitar concerto divided into four movements. However this is not the only interpretation, as happens in my other works.
Who knows Palermo will surely guess my intention to describe musically the heart of my city, ideally placed at Quattro Canti (“Four Corners”), a monumental crossroads become one of the most characteristic symbols of Palermo.
Two possible interpretations though: living the music experience becoming carried away by the flow of the four movements leaded by the guitar song or ideally standing in the center of Palermo at Quattro Canti, between Via Maqueda and Corso Vittorio Emanuele and from there watching the soul of the city.
I wanted to represent musically four images of the city seen from this precise privileged position.

1. Al Qasr, this is the Arabic name of the Corso Vittorio Emanuele, Cassaro for the people of Palermo, the historical home of the Urban dynamic and carefree social life as well as a place of dramatic events that have marked the history of the city.

3. The Spanish viceroy Don Juan Fernandez Pacheco de Villena y Ascalon wanted Palermo having this monument and the third movement is a tribute to a nobleman who I imagine very proud and elegant.

4. Watching the sea from the Quattro Canti is impossible without seeing Porta Felice (The Happy Door). It is the entrance to the sea, the symbol of the beginning of a journey, it is a symbol of freedom, image of happiness.